Rubber vs. Poly Midrollers: Keep Field Work on Track with the Right Midrollers

When compared to wheeled tractors, track machines require a whole bin full of parts to keep them running smoothly. And more components mean more opportunities for failure in the field (or on the road). But there are solutions you can use to ward off common problems. One strategy is to replace worn OEM rubber midrollers with polyurethane-coated replacements.

Inspect Your Tracks Often and Keep Your Track Tractor Rolling

Many farmers depend on track tractors for their most demanding jobs when traction is at a premium. We’re talking narrow-tracked row-crop models that lug massive center-fill planters to 600+ horsepower brutes that run on wide tracks day and night to finish fall tillage before the snow flies. Even with a wheeled tractor, there’s no guarantee that you’ll remain breakdown-free during the busiest months of the year. But if you’re running a tracked tractor, it’s important to review the health of your tracks often—before a costly breakdown sidelines you when you can least afford it.

Spotting wear on the rubberized surface of your midrollers, idlers, or drive wheels can avoid a time-consuming breakdown during heavy pulling. If a cut has started on the edge of a midroller, you’ll have to keep a close eye on it. If cables or the metal rim is exposed, you’ll have to replace them or risk damage to the entire track system. However, if you notice your midrollers beginning to round or dome, with more rubber across the middle of the roller and less at the edges, don’t worry—this is a normal wear progression.

Heat is the #1 Enemy of Tracks

No matter what chore your track tractor is doing, there’s one byproduct of track operation that can bring your workday to a standstill: heat.  Almost all the problems you’ll have with midroller damage (which will then cause track damage) are the result of heat buildup. Midrollers have to support the tractor’s weight, transferring its bulk to the track surface (and ground). This is a tough task considering the size of today’s track tractors and the enormous loads they have to pull.

Standard rubber midrollers have a high coefficient of friction (a measure of how easily two surfaces slide when in contact with each other). The higher the coefficient of friction, the more heat that is generated. In the field, and especially during road travel, track components will experience a lot of heat buildup. As the rubber endures these heating and cooling cycles, it weakens.

Faulty Midrollers Can Cost You a Track and Uptime

What happens next? As the rubber weakens, it loses cut and tear resistance. Debris, such as gravel and rocks, can become embedded in hot rollers and damage the track surface itself. The heat also destroys the adhesive bond between the steel wheel and rubber. You’ll first notice debonding on the outsides of midrollers. Eventually, this will work its way across the entire wheel and cause a total failure.

Faulty midrollers will lead to guide lug damage and even broken or protruding track cables. Unlike minor cuts and chips to the track surface, this is not normal wear and tear: it is damage caused by low-tech rubber compounds.

Thanks to a lower level of friction, polyurethane midrollers don’t cause the track to heat up. The polyurethane compound doesn’t break down and grow weaker, which avoids many of the common problems (such as embedded debris) that bedevil stock rubber midrollers. Polyurethane also resists damage from other hazards, such as diesel fuel, UV rays, and oil, which can wreak havoc on rubber.

Superior Tire and Rubber has been an OEM supplier of polyurethane midrollers and idlers since 2008 and has offered them to the ag market since 2002. Superior stands behind its AgriTraxx Midrollers with the industry’s only No Bond Failure Guarantee, which has offered valuable peace of mind for the many farmers who depend on the company’s midrollers. If one of its rollers ever fails, Superior will replace it for free. In our experience, they have always remained true to this promise.

Camso also has polyurethane options in its replacement midroller catalog. The company’s replacement tracks have been long-time favorites with NTS Tire Supply customers—Camso knows how to build quality products for track systems. Camso claims a 25% improvement in chunking resistance for its poly midrollers over its standard rubber-capped midrollers due to their cooler operation. And when the going does get hot, Camso states that its polyurethane midrollers can tolerate temperatures up to 315°F.

If you’re running a Case IH Steiger Quadtrac, Camso also offers an adapter hub, which eliminates the need to replace seals and bearings every time you replace a midroller. With this conversion kit installed, you can switch out a worn midroller in 15 minutes.

Superior and other companies can also recondition your used midrollers, which is one way to gain the benefits of polyurethane midrollers without investing in a brand-new set. Worn midrollers are stripped of their existing worn or damaged rubber, cleaned, and then recapped with polyurethane.

You can send worn midrollers in for reconditioning. First, the used midrollers are stripped of their existing rubber and cleaned. Then, they are retreaded with polyurethane which can provide up to four times longer life than rubber midrollers.

Cash for Cores: From Clutter to Cash

If you have track assemblies or parts lying around your farm, and you have the time to round them up and ship them off, Superior will pay for old worn midrollers, idlers, and drive wheels. You’ll have to work directly with the company to arrange the packaging and pickup of your items.

Upgrade to Polyurethane to Roll Through the Busy Season

The best way to keep fieldwork on track with your track machine is to inspect the undercarriages often. If you begin your inspection with the tracks themselves, you can spot damage that will lead you to other problems. For example, wear on one side of the guide or drive lugs suggests an alignment problem. And wear on the underside of the track or even the guide lugs may point you to worn midrollers.

As we mentioned above, your midrollers have to support an enormous amount of weight and transfer your tractor’s bulk to the ground. It pays to pay attention to their condition before you begin a busy fieldwork season. If it’s time to replace your midrollers, we highly recommend upgrading to polyurethane to help your machine roll through the busiest times of the year.

END_OF_DOCUMENT_TOKEN_TO_BE_REPLACED

The Top Floater Tires for Your Sprayer in 2022 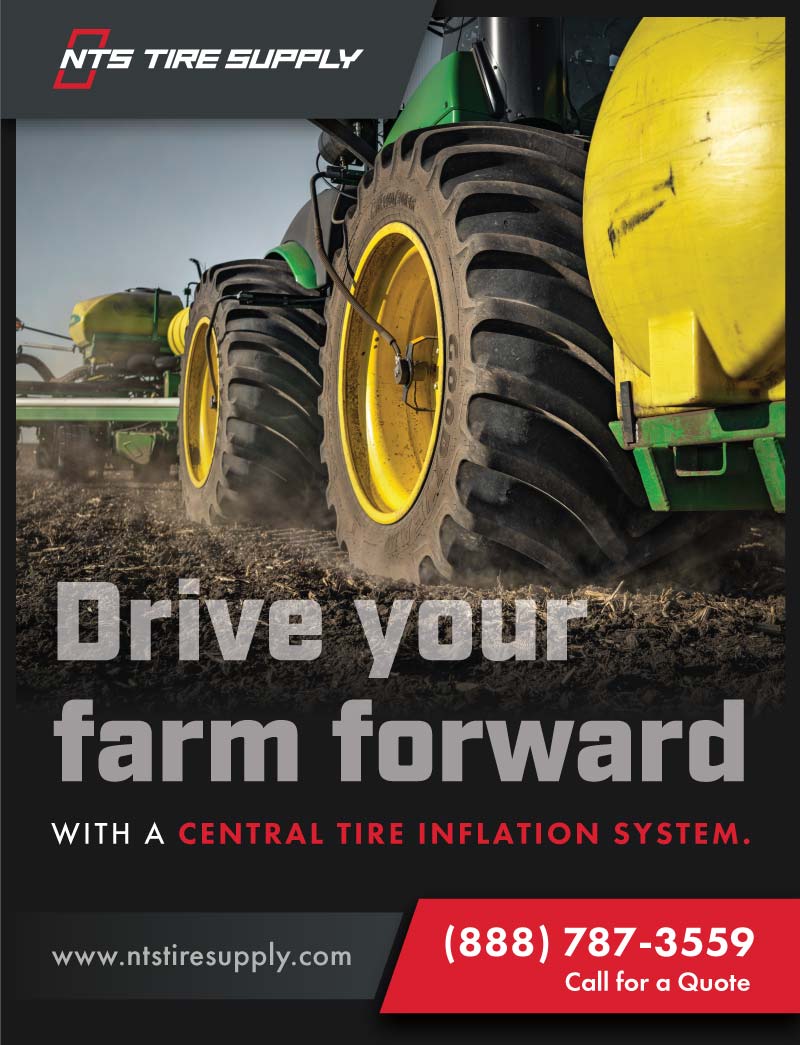